Arms races will always be with us, it seems; from evolutionarily divergent predators and prey competing to see who will outpace who to the frankly absurd number of blades you can buy on a razor these days. But nowhere is this more evident than in the automotive world with the news that Ford has just patented an 11-speed transmission. Now comfortably in the double digits, the transmission war continues to escalate and shows no sign of stopping. Let’s take a spin around the thinking of the company as it gears up for a fast-moving future. 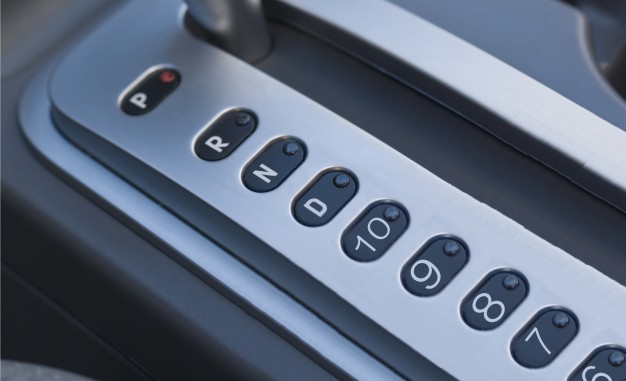 Why would anyone need an 11-speed automatic? The key word here is efficiency. As emission and fuel economy regulations tighten, particularly the corporate average fuel economy (CAFE) standards, transmissions with a larger number of gears – seven to ten – are increasingly common, along with innovations like direct injection, lightweighting, and downsized engines. Their operation is almost imperceptible to most drivers thanks to modern technology, but the engine can work within its most efficient rev range more often thanks to the many different ratios. Many manufacturers are of course turning to CVTs for the same reason, but stopping the number of gears short of infinity seems preferable.

Ford’s design application includes planetary gearsets, which are not used with dual-clutch configurations, implying that this new vehicle is likely to be a conventional, torque-converter automatic. There are three different variants of the design, with different combinations of gears, clutches, and brakes. The US patent office published the actual patent earlier this year, but it appears that the patent was filed as far back as 2013.

Ford has already announced that it will include an all-new 10-speed transmission in its aluminum SVT Raptor F150 pickup truck sometime in 2017, mated to the SVT-tuned 3.5L EcoBoost V6 engine, rather than the V8 and 6-speed transmission in the previously released Raptor F150. The 10-speed transmission will soon be used throughout the entire F150 lineup, giving the half-ton pickups the same advantages as the high performance SVT version. The F150 and the Ford Mustang were expected to get the new transmission, but it was surprising when the SVT Raptor was introduced with the first double-digit gear consumer grade transmission. This is a great idea on paper, assuming that the new 10-speed gearbox can handle the pressure meted out to it by F150 owners. The fact that it is being rolled out to the whole lineup means that the F150 just might become the most fuel-efficient truck on sale today.

At the moment, the 2015 Ford F150 with the 2.7L EcoBoost V6 and the 6-speed transmission is the most fuel efficient gasoline powered half ton truck in North America, while the Ram 1500 with the EcoDiesel is the most fuel friendly truck in the half ton segment. Since a large part of the Ram’s efficiency came from its 8-speed gearbox, the fact that the F150 will be using a 10-speed transmission should help it to close some of the ground in terms of efficiency. And of course, this efficiency will only improve with 11 gears instead of 10.

How I Learned to Stop Worrying and Love the Transmission

In the past, Ford has collaborated with competitors such as General Motors to jointly develop their 10-speed transmission. It’s the third time in a decade that the two companies have worked together, having previously developed a six-speed automatic transmission for front-wheel drive applications. By co-developing transmissions, both companies stand to save hundreds of millions of dollars in development costs, and also benefit from economies of scale, with as much commonality of parts between the manufacturers as possible. This is also, obviously, a good thing for the consumer.

So this announcement is interesting in that Ford has decided to go it alone. It’s quite a feat of engineering, and because they are developing the 11-speed by themselves, it will give them a competitive advantage when it comes out, further deepening their already strong hold on the truck market. It will be interesting to see how far the company will go to stay ahead of the competition, and how far consumers thirst for more transmission gears will go. For right now, Ford’s taking it up to 11, and we’re all along for the ride.