When the words ‘Mercedes-Benz SL’ come out of your mouth, there are a few things you need to be aware of before you go on any further.

First of all, this car is legendary, having been born 60 years ago as the famous 300SL. So if you’d like to have high expectations when it comes to it, be my guest. Second of all, and more important, you need to be aware that this is one of the most versatile luxury Roadsters ever made.

The Mercedes-Benz SL is a lot like a luxury watch brand. Not everyone can afford it, but there are plenty of different models to choose from, be it elegant, sporty, stylish and so on. You’re spoiled for choice.

Such is the way with the SL line-up. It’s available in 4 different versions, each of them able to directly challenge specific versions of pretty much any other luxury convertible in the world.

Of course, there are the top dogs, the SL 63 and SL 65 AMG, where both of them can knock on the door of anyFerrari California, BMW M6 Cabrio, Jaguar XKR Convertible, Porsche 911 Carrera S Cabrio, Aston Martin V12 Vantage Roadster and Vanquish Volante and so on. Those two are basically as good as any SL Merc can get.

However, the one I’ve been driving is the entry-level SL 400 – a car that can only go against the likes of the BMW 640i Cabrio, Porsche 911 Carrera Cabrio, Jaguar XK Convertible and Maserati GranCabrio. Normally, all these cars would have been SL 500 rivals, but Mercedes went and got rid of the old SL 350 and the much faster SL 400was born.

Thanks to its twin turbocharged V6 engine, this car is a lot faster and more efficient than the older naturally aspirated V6, but we’ll get into all of that a bit further on.

Let’s start this chapter by talking about how the SL looks, in general, not necessarily this car right here. I think it’s fantastic. I had a hard time deciding whether or not I thought it looked more sporty than elegant or vice-versa, but the SL will never make you compromise in such a way. That was true with the old generation model as well.

In comparison, a BMW 6 Series Cabrio is almost entirely an elegant car, as it doesn’t look like a sporty roadster. Not even a little bit. And so it’s hard not to stare at an SL Merc. It’s long, wide and it just looks like it sticks to the road.

Oh, by the way, don’t even think about parking anywhere where you have to drive up or down any sort of high angled ramp. The spoiler will touch the cement and you’ll sweat it out until you can pull over to check it out. Take it from me.

As for the front of the car, I love the somewhat retro grille, it works great with the big headlights and the ultra aggressive hood. And those “claws” on the hood have an awesome effect on you while you’re driving. You feel fast, as you should in such a car.

The somewhat modern-classic look of the SL can be found at the rear as well, where you have these elegant taillights. But the elegant look may not be to everyone’s liking. The 19″ AMG wheels were awesome too, with Pirelli P-Zero rubber wrapped around them.

The days I spent with this car were very revealing. I realized that there aren’t many other convertibles out there that look this sporty and that don’t cost way over €100,000. The BMW 640i Cabrio is just a convertible saloon. Actually all the cars I mentioned as direct SL 400 rivals are luxury GTs – except for the 911 Carrera Cabrio, definitely the most agile of the group.

The interior of the Mercedes-Benz SL has to properly represent its €100,812 entry-level price tag. And it does, it really does. Every inch of the cabin is covered in leather, wood or aluminum, even in areas where you would expect to find a little plastic. As for when you do find plastic, it’s of the highest quality – door pockets, climate control and audio system buttons etc.

The high-quality materials were even better than the ones I found in most other luxury convertibles that I’ve reviewed in the past, like say the Maserati GranCabrio, Porsche 911 Cabrio or Jaguar XK Convertible. But I’ll let you in on a little “secret”. Mercedes-Benz have some of the finest car interiors in the world. It’s really hard to top them unless your name is Bentley or Rolls Royce.

The car I drove was extremely well “dressed”, with pretty much all the options you can have on an SL Roadster today. The Nappa White Porcelain leather is gorgeous, while the heated and ventilated seats with massage function and Airscarf (blows warm air to the back of your neck during cooler spring/autumn days) are delightful. The seats tighten up around you as you go around corners, offering excellent lateral support, and the Magic Sky Control system darkens the roof for you during those extremely sunny days when you have your top up. That’s a €2,550 optional extra by the way.

Another reason why the SL stands out as opposed to some of its rivals is the hardtop, which can open or close in less than 20 seconds. Then you’ve got the optional Harman Kardon audio system which offers impeccable high fidelity sound at all times.

I could go as far as to call the SL’s interior a masterpiece of German engineering. Even if you demand more practicality from your roadster, there are plenty of storage places. Cup holders? Just pop open that compartment in front of the shifter. Otherwise you’ve got the glove box, another compartment in the armrest and another glove box behind your seat. Luggage-wise, there are 356 liters worth of room in the boot with the top up and 235 liters with the top down. Either way, not bad.

However, the 5.2 seconds are a bit misleading to be honest. Even with all the electronics set to ‘Sport’, you’ll never really feel that the car genuinely takes off from a standstill. Yes, it could have used an all-wheel drive system or a more aggressive set up to its transmission and engine mapping. The SL will never let you forget that it’s as fast as it is comfortable.

Still, when you do floor it, after the first 2-3 meters the twin turbocharged V6 will jump over 4,000 rpm and the asphalt beneath you is going to beg for its life – and once that happens, you’ll realize just how fast this car really is. Whatever you may have thought about the 333 HP, get ready to go back to school on that one. If this wasn’t a twin-turbo unit, we wouldn’t be having this “conversation”, but because it is and because it’s so brilliant, it will make you feel like you’re accelerating in a naturally aspirated V8 car.

It’s magnificent. It’s such an amazing engine, especially for an entry-level model – this is what boggles the mind. It’s hard to extract this type of performance from just 333 HP, because when your car weighs over 1,700 kg (~3,750 pounds), you’ll want to have somewhere around 400 HP in order to get to 100 km/h in about 4.8 or 4.9 seconds. The SL400 won’t top the 5 second mark because of the way in which it’s set up. Once you’re moving though, once you’re already off the line, it feels really fast. It’s hard to compare this with something else, but honestly it reminded me of the E92 BMW M3 from about 30km/h to over 100km/h. Such a spectacular power unit this is.

As for the engine noise, it’s really impressive. With this car, the real music comes from the engine and the exhaust, not from the speakers.

Now let’s put all these performance figures into perspective:

As you can see, the SL 400’s peak torque is a lot closer to what you get from a naturally aspirated V8 model than any regular V6. And the performance figures, along with the price tag, the fuel economy, the way it sounds, the way it accelerates and the way it looks, means that the SL 400 is pretty much a ‘best-buy’, looking at this group of cars.

The only reason why you’d go for a 640i Cabrio would be for some extra room (it has two seats in the back). OK yes it does cost a little less in some markets, but once you click on a few options all of that goes away.

As for the 911 Carrera Cabrio, the only reason why you’d get one over the SL 400 is the extra agility. You can argue that it looks a little better too, but it won’t feel as premium as the SL, or as comfortable.

The Maserati GranCabrio, to me never felt as agile as its direct rivals. The SL feels a lot more alive on the road, since it’s a lighter car as well. The Maserati however does sound much better (almost demonic) and feels stiffer to drive.

The SL 400 is very playful on the road if you’re in the mood for that sort of thing. Its electronic brain will keep you honest even when you push harder than you should. Still, it’s almost impossible not to lose grip when you accelerate and the steering wheel is turned either way. But that’s how it should be. All of this makes the SL a very easy to drive car. Respect the fact that it has rear wheel drive and the fact that the 480 Nm of torque need a dry road in order to be happy and you won’t have any problems.

But most of all, respect the comfort level and way in which it can take you from point A to point B. You can leave the transmission in ECO mode and the suspension on Comfort and you’ll hardly feel some of the road bumps. It’s almost like driving a C-Class.

What Mercedes-Benz has done with this car is nothing short of amazing. They’ve managed to build an entry-level SL that can take on cars which until recently could have been challenged only by the likes of the SL 500. The old SL 350 couldn’t handle a 911 or a Maserati GranCabrio. The SL 400 can and makes it look easy.

Bottom line, well, odds are that no matter where you live, nobody’s going to build you a better roadster than Mercedes-Benz in terms of value. An Aston-Martin is a lot more expensive and the Ferrari California will shake when up against the 1,000 Nm of torque of the SL 65 AMG.

As for our SL 400, all I can say is that I love everything about it. It looks great, it goes like the wind, it sounds awesome, it revs like a naturally aspirated V8, its cabin is top notch and it’s as comfortable as a soft bed when you need it to be.

Now that’s what I call ‘value’. 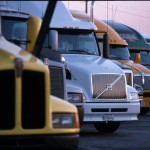 370225 03: Tractor-trailer rigs are parked at the Petro truck stop May 29, 2000in El Paso, TX. Many of the rigs now have modern wireless communications as well as cable television, refrigerators, double bunk beds, and microwave ovens. In the last few years trucks have become more like a home/office on the road. (Photo by Joe Raedle/Newsmakers) 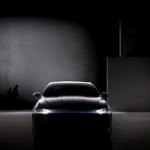