You are out with your buddies on a ride. The weather is perfect, it’s not too hot and it’s not to cold. It’s sunny and clear and everything is perfect. Days like this are the exact reason you bought a bike to begin with. The fun, the freedom and the company of people you enjoy whom all love doing what you love doing: riding. Then your bike starts to sputter and lose RPMs. You’re running out of fuel. You reach down and switch to reserve before signaling to your buddies that you need to pull over soon to gas up. They signal back that they need fuel too. Why don’t they just put fuel gauges on motorcycles? 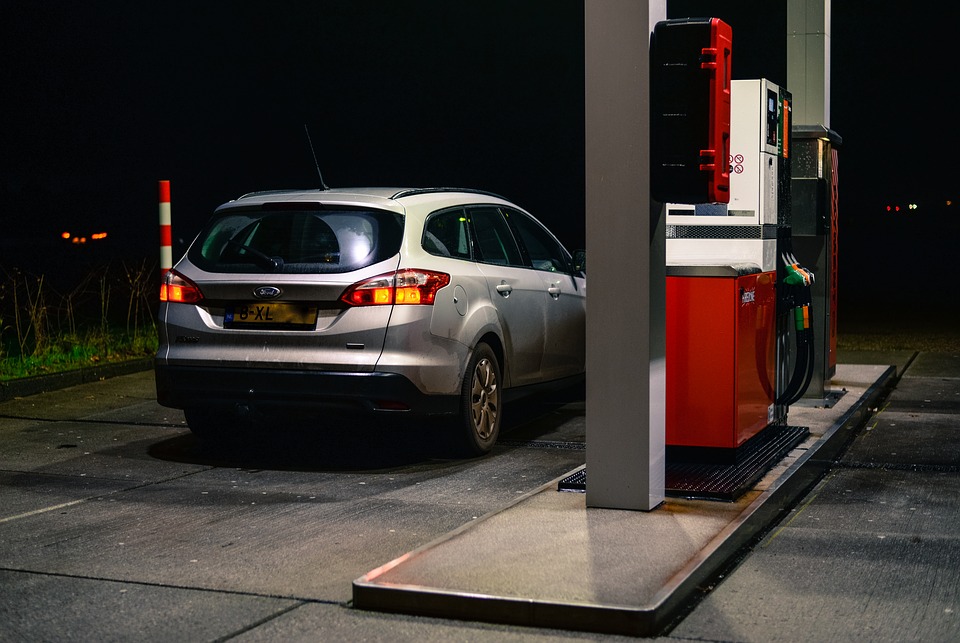 Motorcycles have been around for close to a century now and every year the technology that goes into building them improves more and more, but a fuel gauge on a bike is still a rare find, and a fuel gauge on a bike that actually works is rarer still. So why is it that manufacturers haven’t worked out how to equip newer bikes with fuel gauges? There are a few reasons that you’re still stuck watching your odometer.

The first reason is simplicity. It is simply easier to build a bike without a fuel gauge and there are a few reasons for this. A fuel gauge relies on a level sensor for liquids. When was the last time you rode your bike and kept it completely level? Each time you lean in a turn, the level sensor for liquids located inside the fuel tank would stay level on top of the fuel which would be sloshing around inside of your tank as you ride, meaning the needle on your gauge would dart back and forth any time you made any kind of maneuver on your bike. This would make your fuel gauge worse than useless; it would be distracting.

Another reason that motorcycles don’t have fuel gauges is lack of space for gauges in general. Not only would it be extremely difficult to create a fuel gauge for a bike that worked properly, it would also add another instrument to the information panel on the bike. A motorcycle already has precious little space to devote to the instruments it needs, and adding a fuel gauge would crowd this space.

Further consideration must be given to the additional point of failure and leaking that the addition of a fuel gauge would add to a motorcycle. The motorcycle you already own has a fuel tank with only two openings: there is the opening in the top where you add fuel when you need it, and the opening in the bottom of the tank where fuel exits the tank to be used by the engine to run the bike. Adding a fuel gauge would add another point of entry to the fuel tank itself, and although this entry point would of course be sealed, fuel is corrosive and there would always be a chance of the fuel tank developing a leaky seal at the site of the fuel gauge sensor. In a car the fuel tank is located somewhere underneath the vehicle where it is protected from most of the elements as well as from ultra violet radiation from the sun. This protects the fuel tanks on cars and trucks from experiencing the same sort of failure described above, whereas a motorcycle would be very vulnerable to these risks.

Lastly, there is the added cost. Since a traditional level sensor for liquids would be impractical and ineffective for use in a fuel gauge on a motorcycle, manufacturers would gave to invest heavily in developing new technologies to create a fuel level sensor that would work on a motorcycle no matter how far the bike was leaned over in a turn, or what degree incline it was experiencing during travel. The cost to the manufacturers to accomplish this would be extremely high and they would then have to pass that cost along to consumers who would then almost certainly choose to purchase a bike without the fuel gauge and therefore without the added cost.

While riding a bike without a fuel gauge can be a little annoying at times, your best bet is to make sure that you know your bike. Read all the literature that the manufacturers provided with it, and know what the bike weighs both wet and dry. The manufacturers information booklet will also tell you the mileage you can expect to get per gallon, and sometimes they will include per tank as well. Even if the mileage per tank is information, which is not included with your particular bike, it is easy to figure out. When you know the mileage per gallon of fuel you can expect, simply multiply that figure by the capacity of your fuel tank. For example, say your bike gets 60 miles per gallon and you have a 4-gallon tank, you can expect to get 240 miles per full tank of fuel. Once you have this figure all worked out for your specific bike, just keep an eye on your odometer and reset it each time you refuel.

Previous post
Why Do You Need to Scrap Your Vehicle Through an Authorised Treatment Facility?
Next post
The British Boom in Campervan Holidays