The question of whether or not an individual should buy a car with a manual or automatic gearbox is not a new one. But, it has become more common place as automatic gearboxes have got smaller and lighter and so have found their way into smaller and more affordable cars.  There was a time, some years ago, when the only “auto” cars were larger luxury cars but these days this is no longer the case and so this rather tricky choice is far more common than it used to be. 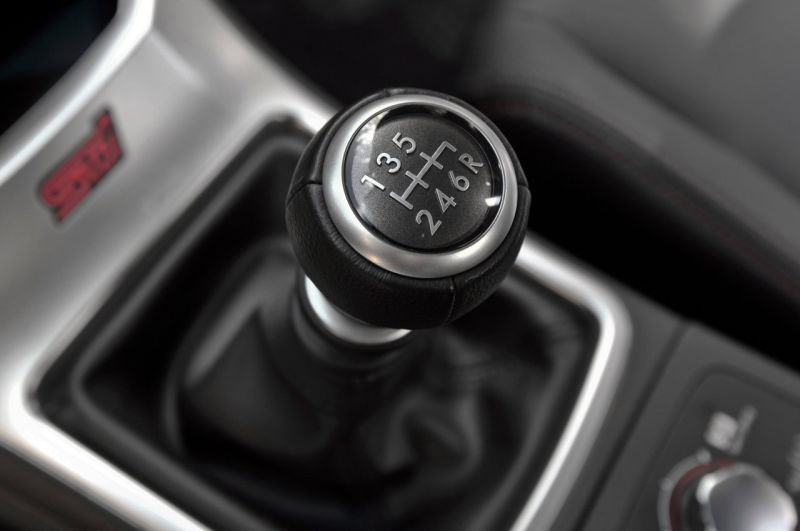 Most people understand what a manual gearbox is but they may not have considered the fors and againsts before. The main “pro” in terms of manuals is the control. The driver has full control over what gear the car is in at all times. For a lot people this level of control is not something they would ever give up no matter what. Also drivers that drive for pleasure and the driving experience will always tend to choose a manual gearbox because it is just more engaged. For a long time the manual option was also more economical but things are changing on that front so it is worth looking at each specific model to get the facts. Another key point for those people who really love to drive is that quite often the manual option will be faster but only if it is driven properly. Manual gearboxes are generally lighter and in performance cars this weight advantage can make a difference. In some cases the speed advantage sadly comes from the fact that the particular automatic system in a car is not meant for performance and simply will not change in the same way as an enthusiastically driven manual.

In terms of negatives a manual car takes more effort to drive and it relies on the driver being able to choose the right gear for the right situation. For some people this is not something that comes easily and so a manual is not ideal. Manual gearboxes can also become quite laborious in traffic because the driver has to keep pushing the clutch pedal in and out as the traffic creeps. On a car with a heavy clutch pedal this become less laborious and more like a workout but heavy clutches are not commonplace in modern vehicles as a rule.

At the most basic level and automatic gear box is one that changes gear for the driver. They simply pop the selector into D or Drive to go forward and then neutral N or Park P when they want to stop. Park will essentially lock the wheels but the hand brake should always be applied once the car is in park. Americans tend to not use the “parking brake” in favour of just leaving the car in park; this can be seen on most US movies when the car moves a little as the driver gets out.

One of the major differences in terms of driving experience is the fact that the car has no clutch pedal. This means only 2 pedals to consider when driving. The temptation is to accelerate with the right foot and brake with the left but this is a very bad idea for anyone other than trained racing drivers. The left foot is not used to the subtle nature of braking and most drivers find it very hard to do anything other than brake very hard. There is also the danger of putting both feet down at the same time and causing serious damage to the car. The 2 pedal system can also be a cause of accidents where people get confused in a moment of panic and stamp on the wrong pedal! This would be unlikely to happen in a manual because the engine would probably stall, an automatic will not stall.

The big advantages of an auto are comfort, ease of driving but also in some cases better fuel economy. This comes from the system being far more efficient at choosing the right gear than a human and avoiding wastage.  Another huge plus automatics have is the concept of creeping. Creeping is what happens when you put an auto into drive and remove the foot from the brake pedal. The car will actually start moving forward without any throttle and this makes driving in traffic very easy indeed. The driver simply leaves their foot on the brake and removes it as and when the traffic creeps forward. If the car is stationary for a long time it is better to pop it into neutral but for normal traffic this is a big selling point and removes all the effort associated with a manual.

Kick down sounds like some kind of marital arts move but it is actually a small switch or sensor under the throttle pedal. If the driver needs to accelerate very quickly or simply needs to use all the power the car has they simply floor the pedal, hit the switch and the gearbox does the rest. In a manual car the driver can simply choose a lower gear but an auto has to be told to do this. In actual fact with a good auto the driver can push the throttle down even part way to “suggest” the gearbox grabs another gear and with experience the gearbox can be controlled to a large extent by the drivers right foot.

There are two type of automatic gearbox and the most common uses what is called a torque converter. This is a complex system that most people would never need to understand. It is the system that allows different “gears” to be used; in some cases up to 9 or more commonly 7.

A less common and often less smooth option is the CVT or continuously variable transmission. This is another complex system but this time involves belts. A CVT ‘box is not an option for everyone and should be test driven before any purchase. The engine revs a lot before any power goes to the wheels and so can be rather annoying as well generally being a more pedestrian feeling option. A CVT is really not as smooth and pleasurable as a torque converter system.

There are also types of clutch for some automatic gearboxes. The simpler version is basically an automatic style gear stick attached to a manual gearbox with a small electric clutch system. This is an option found in a lot of smaller cars as it is light but can lead to jerky changes and is generally not as slick.

The second option is the dual clutch or twin-clutch gearbox, this is the choice of the performance car like the Porsche PDK gearbox, Again it is a manual gearbox mated with an electric clutch system but in this case it uses two clutches and is perhaps the pinnacle of any kind of automatic gearbox. These boxes are found in super cars and well as in cars like Volkswagens with their DSG gearbox.

If you do choose to plumb for an auto then make sure you know what type it is and make sure you test drive it. There are some brilliant autos out there but there are some real clangers too and getting one of these will make driving miserable as well as potentially slow and uneconomical. A good site for information on all makes and models is the Parkers site  – http://www.parkers.co.uk/car-specs/ this is a great resource and can arm buyers with lots of handy info.

The other important thing is to make sure no matter what type of gearbox you choose is regular servicing. Automatics potentially have more to go wrong in many cases but manuals also have their moments so find a reliable and trustworthy garage near you. Try using one of the many garage guides like the one launched by the AA https://garageguide.theaa.com/ it will means you can avoid the pitfalls and worry of getting dodgy over priced work done on your car.

Previous post
Why Do Potholes Keep Appearing Again And Again?
Next post
The Truth Behind Road Accidents – Is it Speeding?